Johannes Matschi from Austria called us in February and asked us to deliver a Valach engine. The processing was to be made with Heilemann Sternmotoren as our name brought with it a certain expertise and experience with radial engines. We were pleased to agree and got in contact with Valach Motors s.r.o. in the Czech Republic. Valach Motors s.r.o. gladly took our order and promised prompt delivery, which unfortunately took more time due to a conversion in the serial production. Now, it doesn’t make a difference anymore though. We are now holding a perfectly manufactured and beautiful engine in our hands. 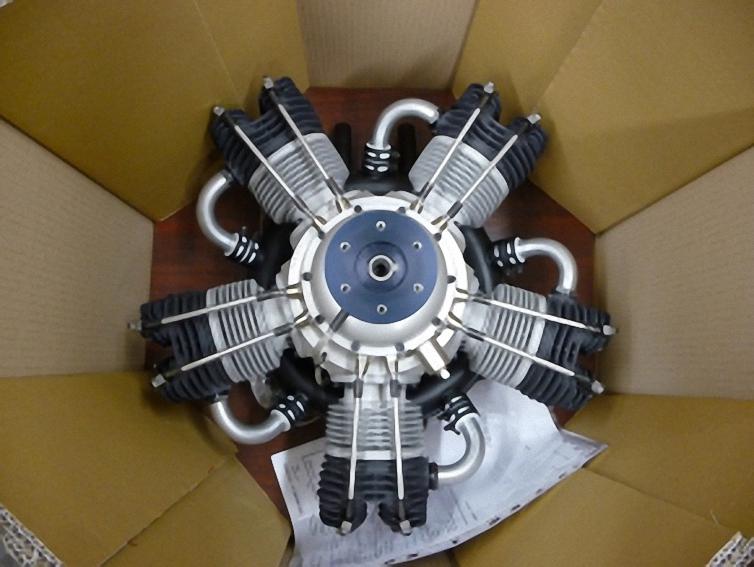 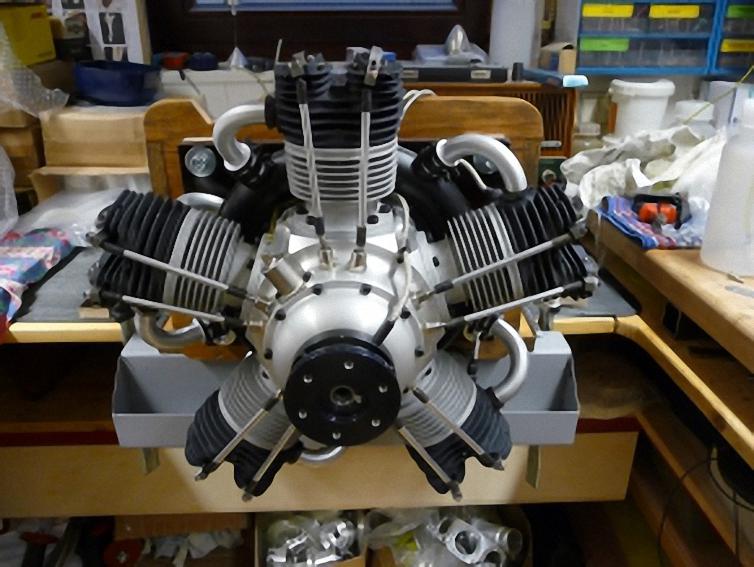 The delivery was made in a huge carton via DHL Freight. 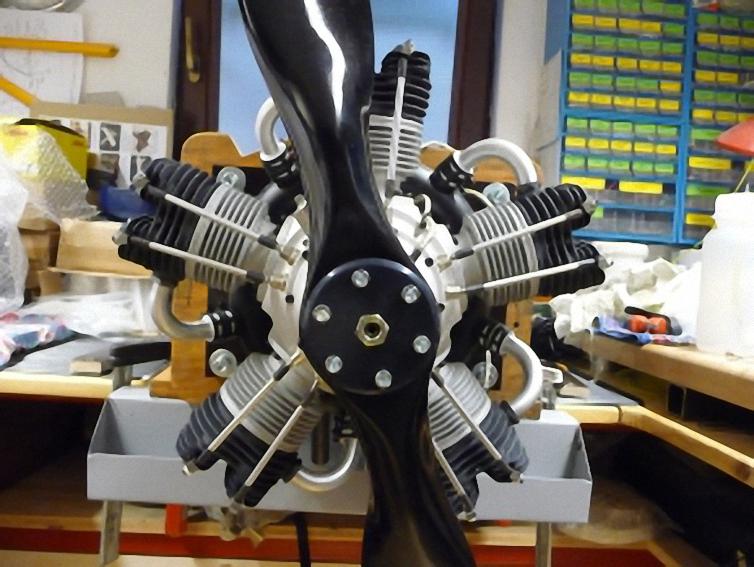 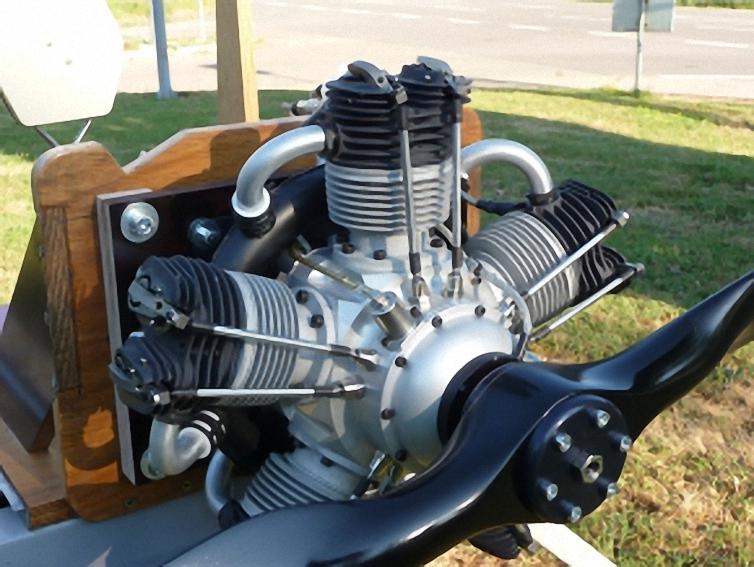 On the same day he was put on the test bench. Before starting it up for the first time, we checked the valve clearance, the bolting, and the look in general. 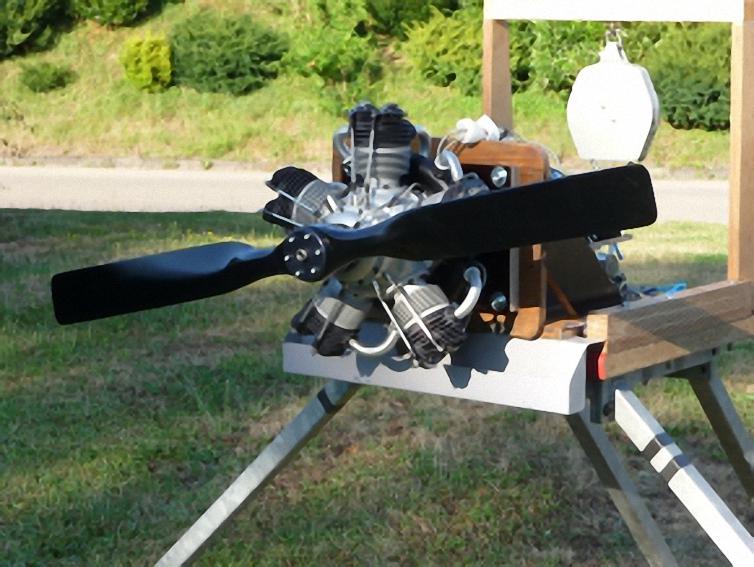 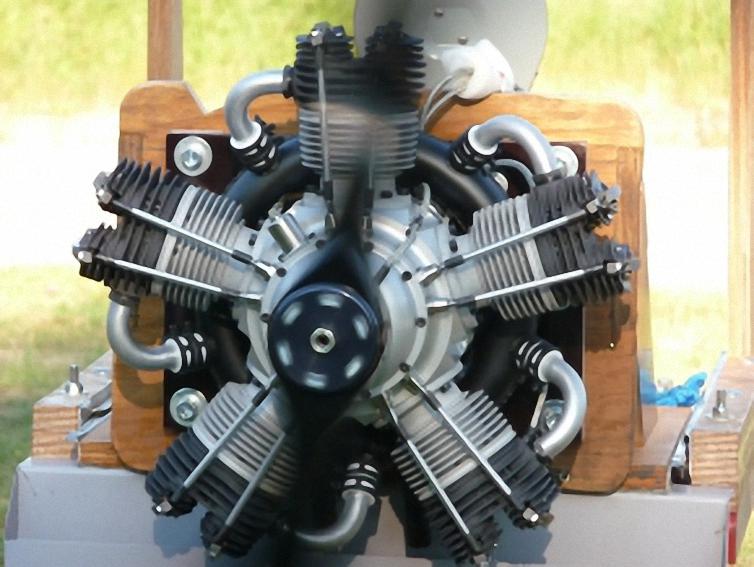 For the test run we used the already ordered and delivered, varnished and drilled Seidel Prop 44 x 17 type Jak 50. Custom-made according to Johannes Matschi’s instructions. A “true beauty”.

Fueling and off we go. Choke in, ignition started, pushing the propeller with force till it starts, Choke open, turn three times and it was chugging. Simply perfect. That’s how I like it!

No hitting back, simple handling, a class of its own!
The sound – simply amazing – not too loud and not too quiet! A rich deep rumble!

After half an hour of chugging with increased stationary throttle we just had to test how much static thrust the engine with the huge batten had. Stately 3300 rpm and a static thrust of 40 kg. Not to forget the engine is still adjusted too rich and not broken in yet. He will probably gain another 500 rpm in the next 10 hours of running. 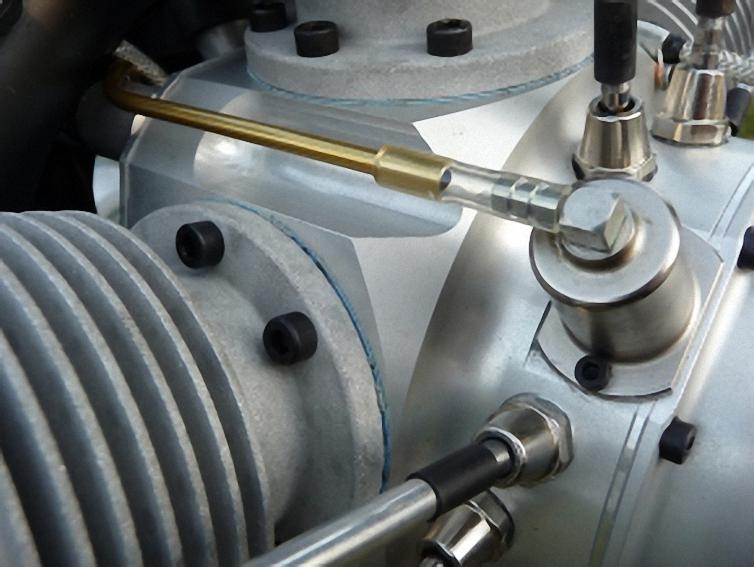 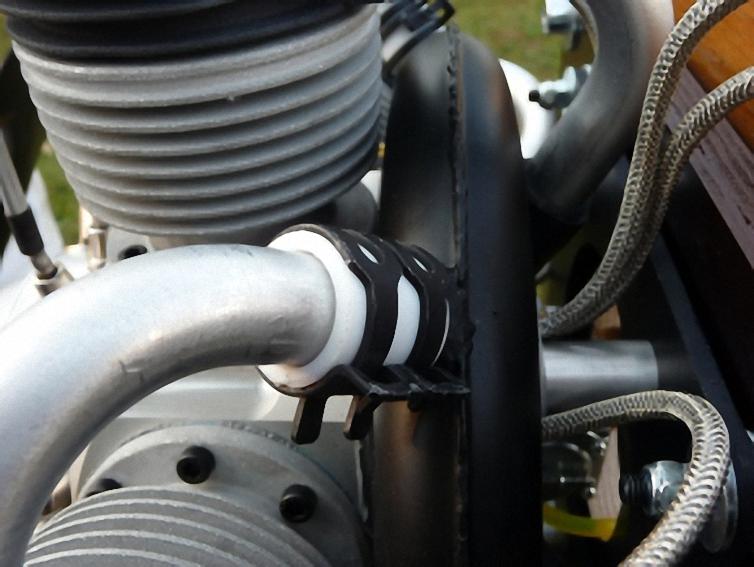 After the test run we checked the sealing surfaces of the individual cylinders as well as the vacuum pump and cam disc case.

Handover and test run in Austria with Johannes Matschi 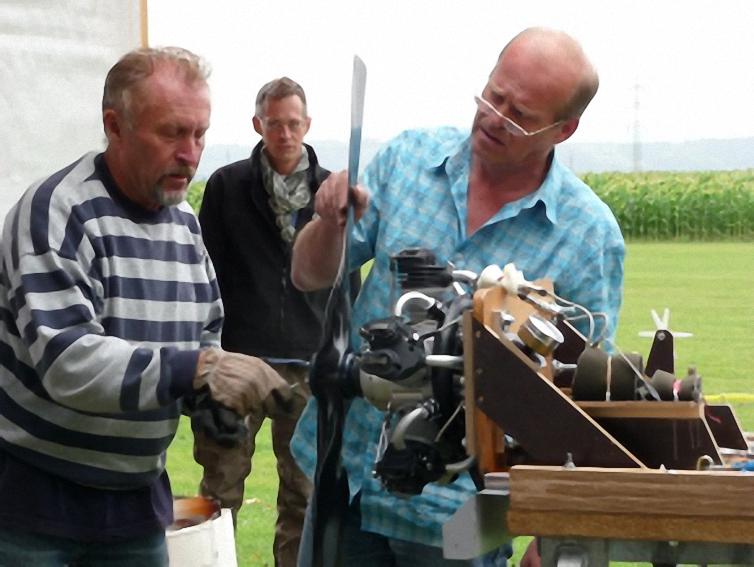 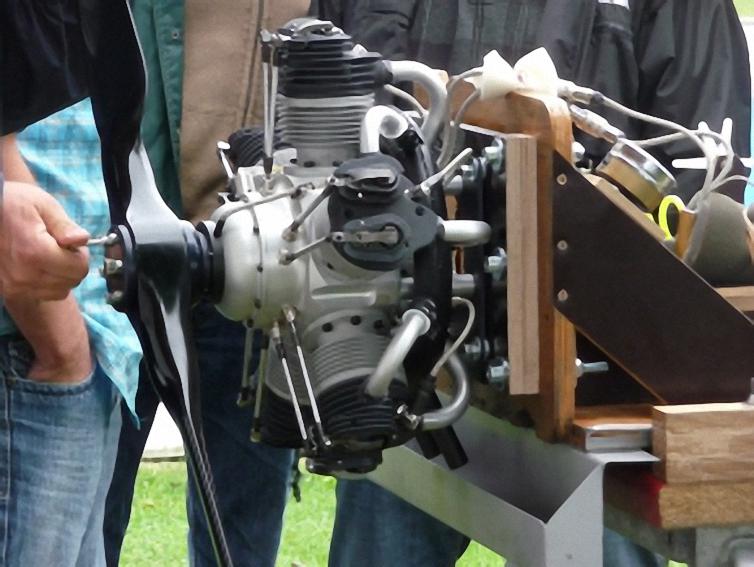 Johannes Matschi (on the left) preparing the test run 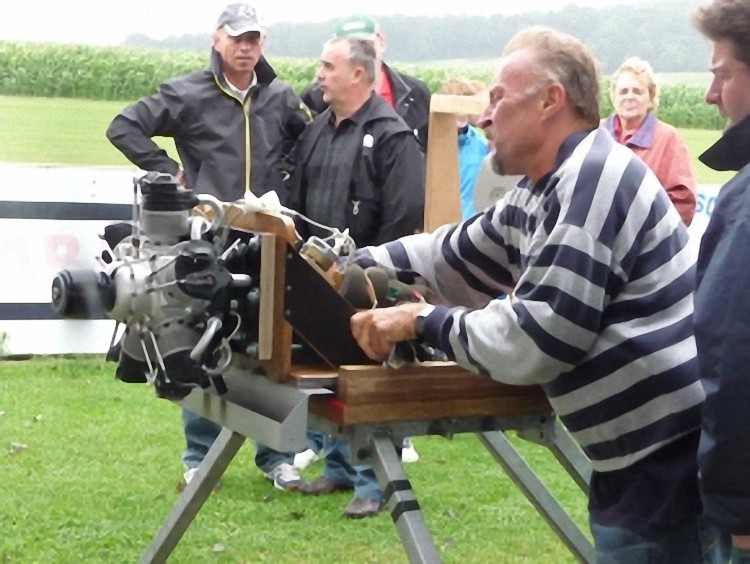 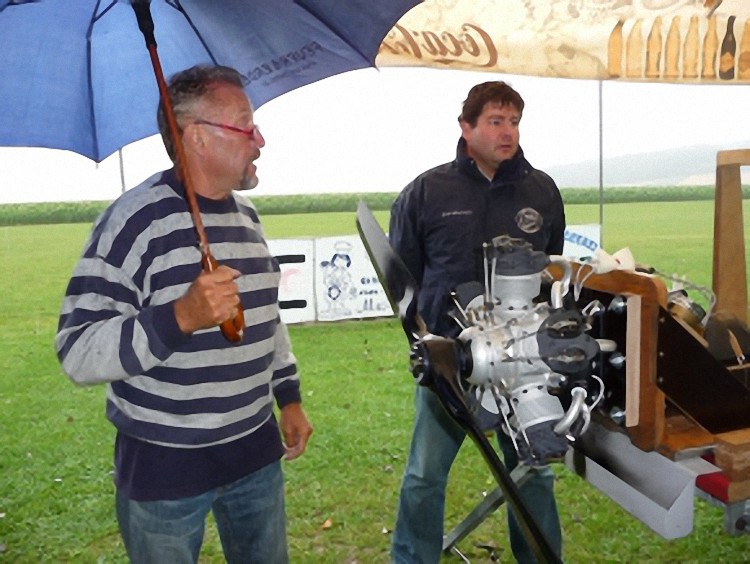 Perfect test run, amazed audience and overwhelmed listeners on the field of the “Modellsportclub Alpenvorland
Unfortunately we had to interrupt because of bad weather and constant rain and postpone the final handover to the next day.

Where will such an engine go?

… while it is questionable if you can still speak of a model: 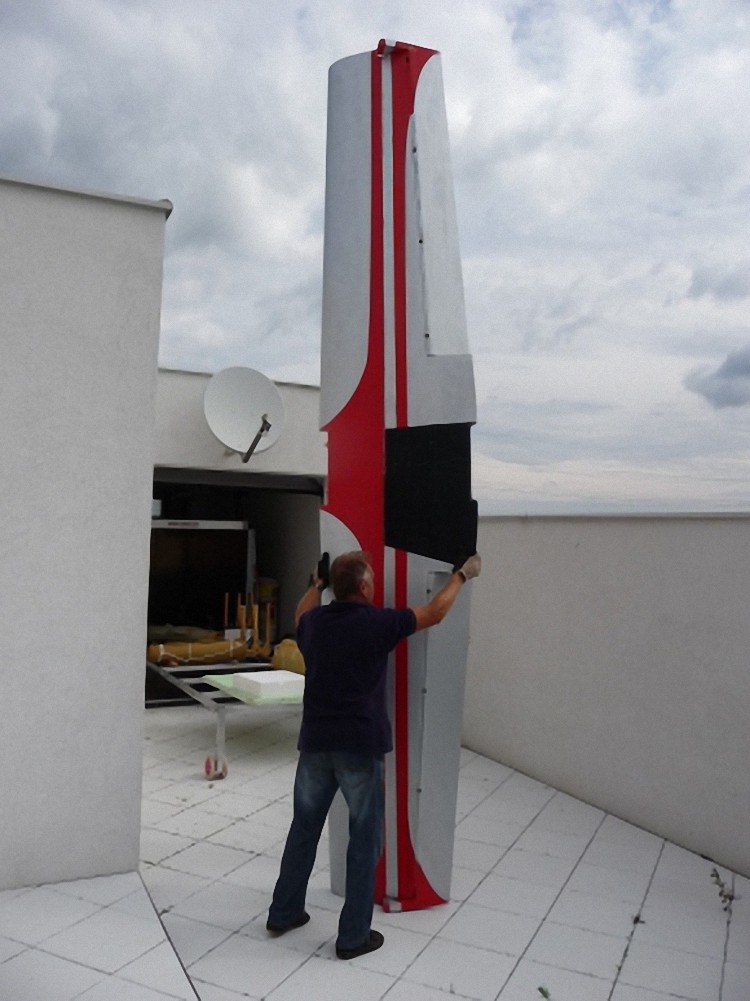 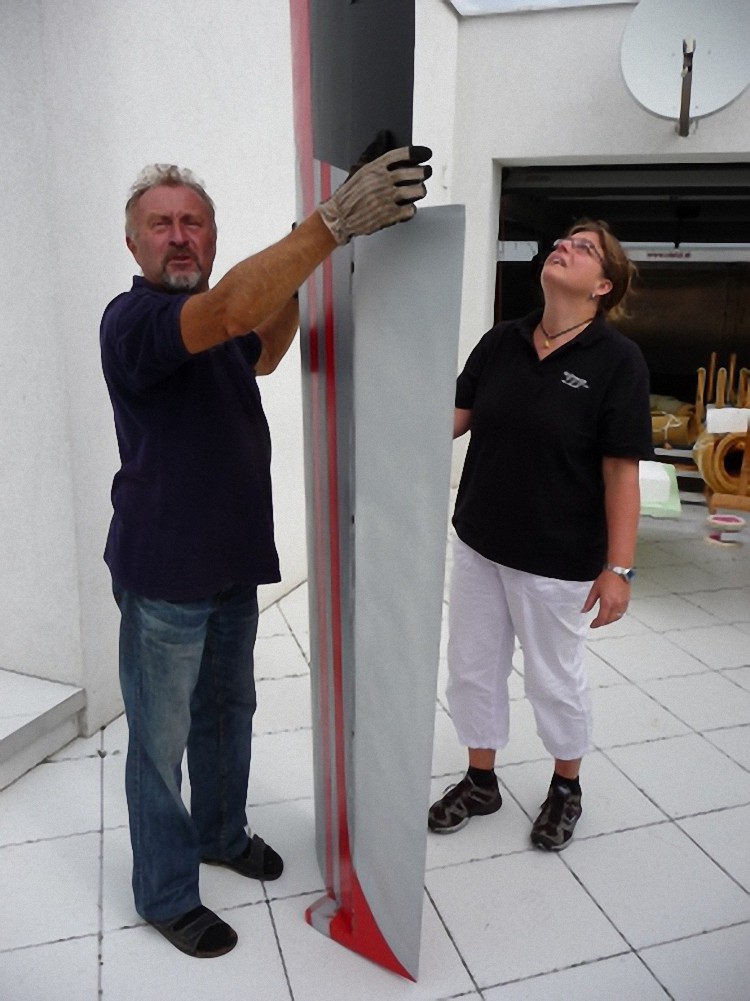 One wing longer than the height of the house, believe it or not almost 500 cm. 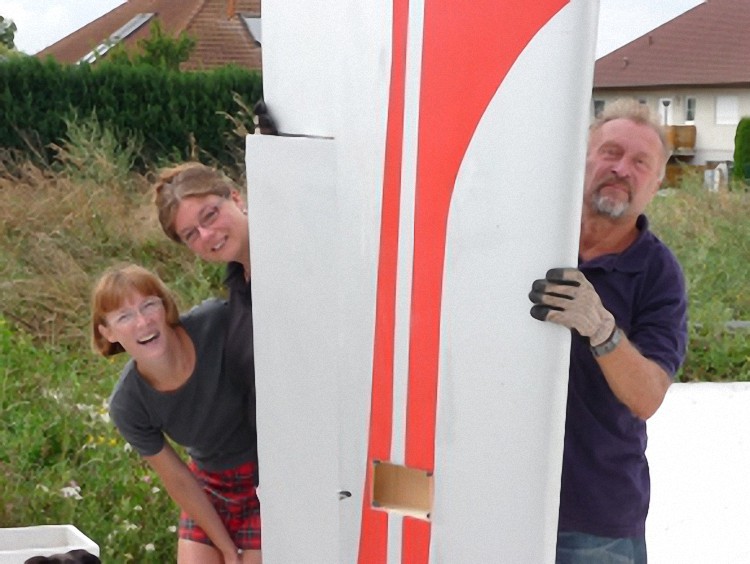 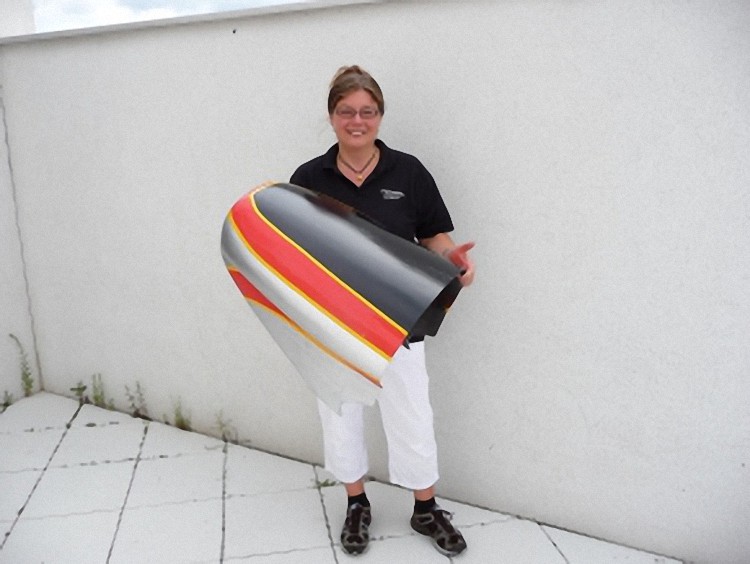 Three people can easily hide behind it. The huge engine case still has to be bent into a round shape. 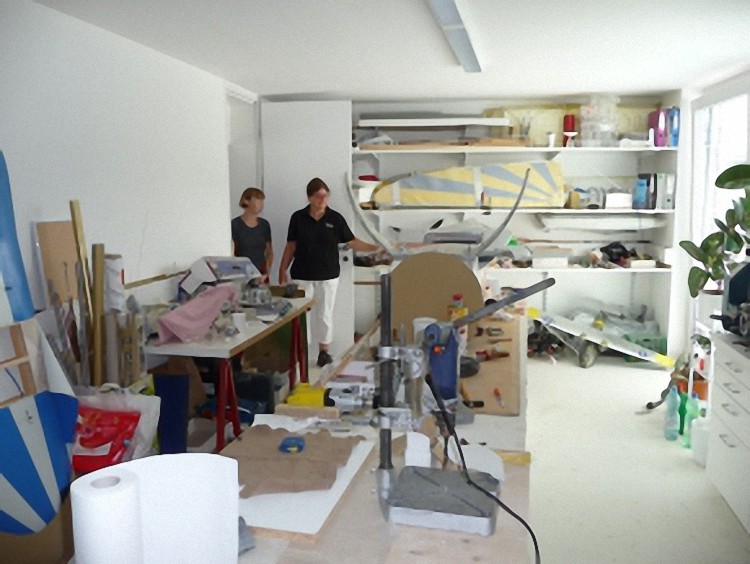 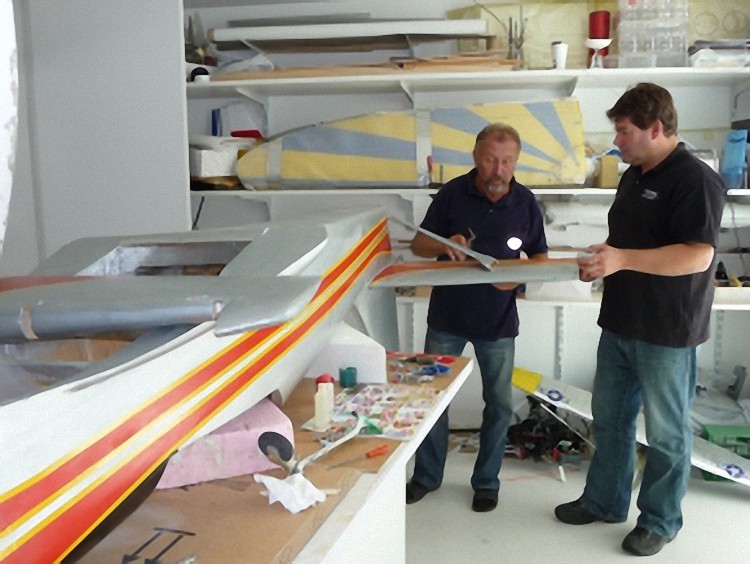 Johannes Matschi’s workshop. Almost too small for such a gigantic project. 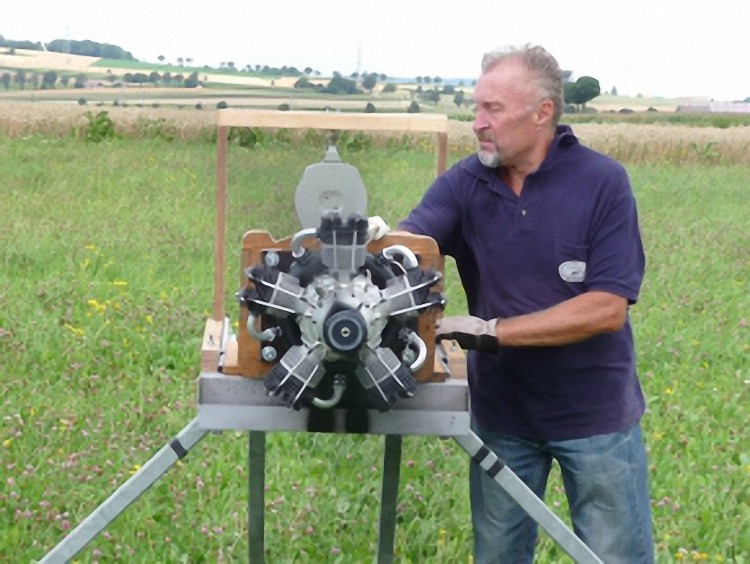 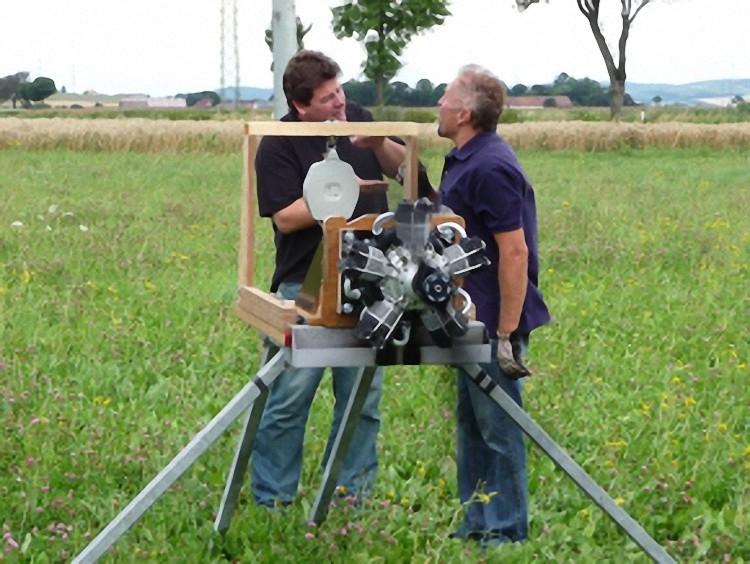 Last test run, final handover and last instructions to the radial engine for the proud owner.
Congratulations, have fun and thank you very much for the trust you placed in us.

For a year now already successfully in action: 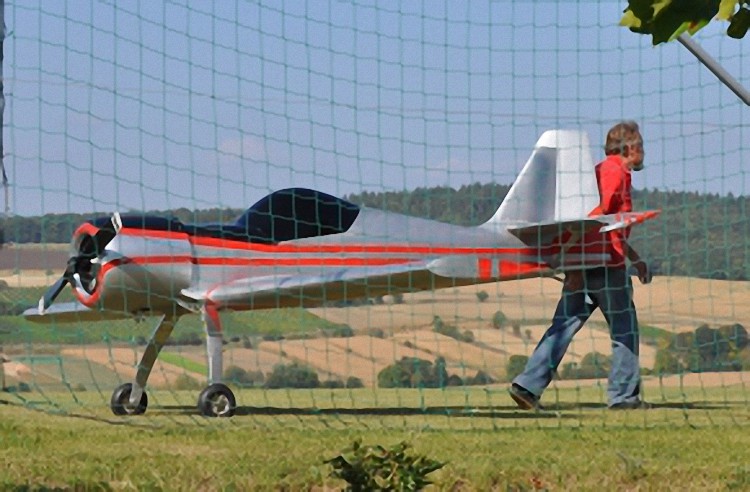 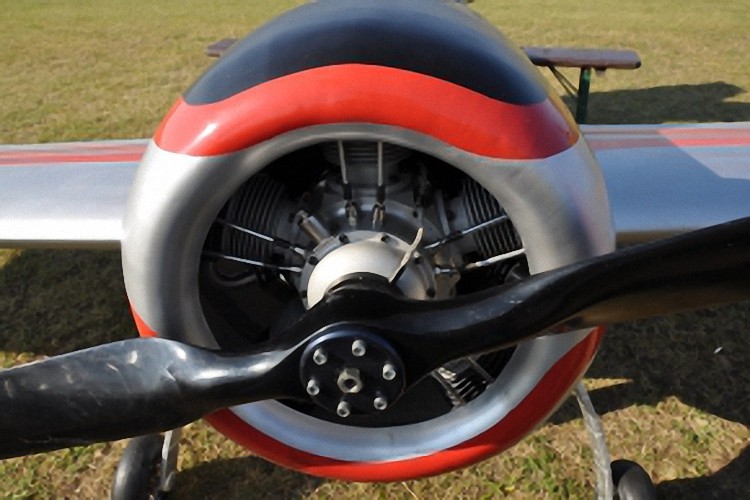 Hannes with his “Zlink” (Zlin with Jak-case) on his way to the starting point ... 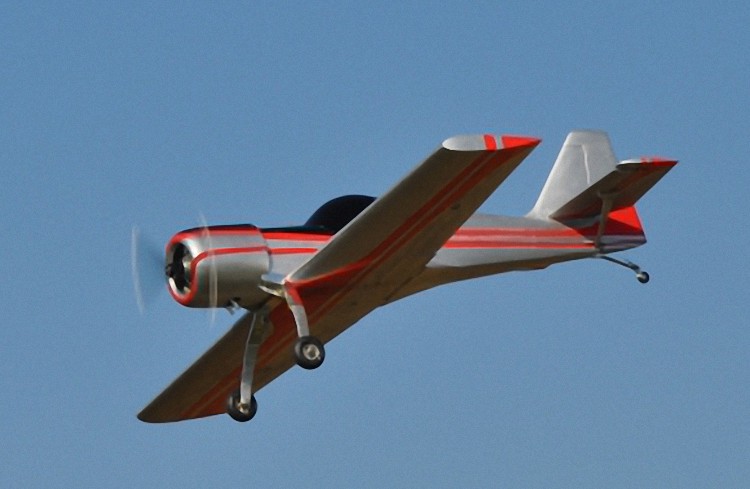 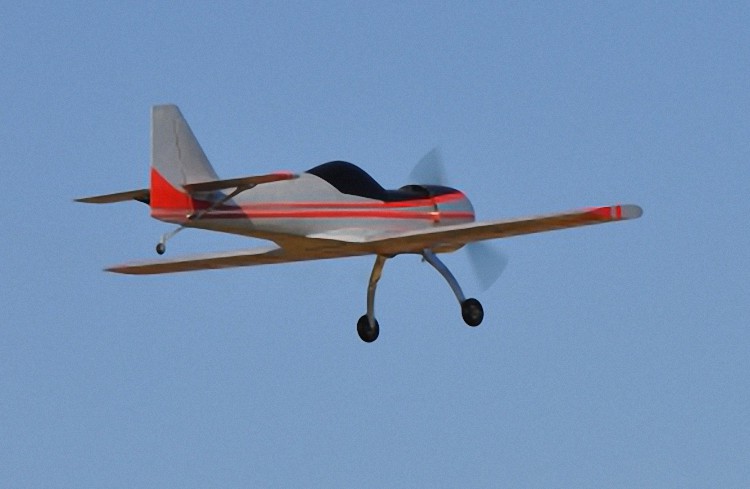 ... gives us a wonderful flying picture and the Valach with Seidel Prop does its work flawlessly.